Fawkes began his life in March 2004 on the east coast as a racehorse. 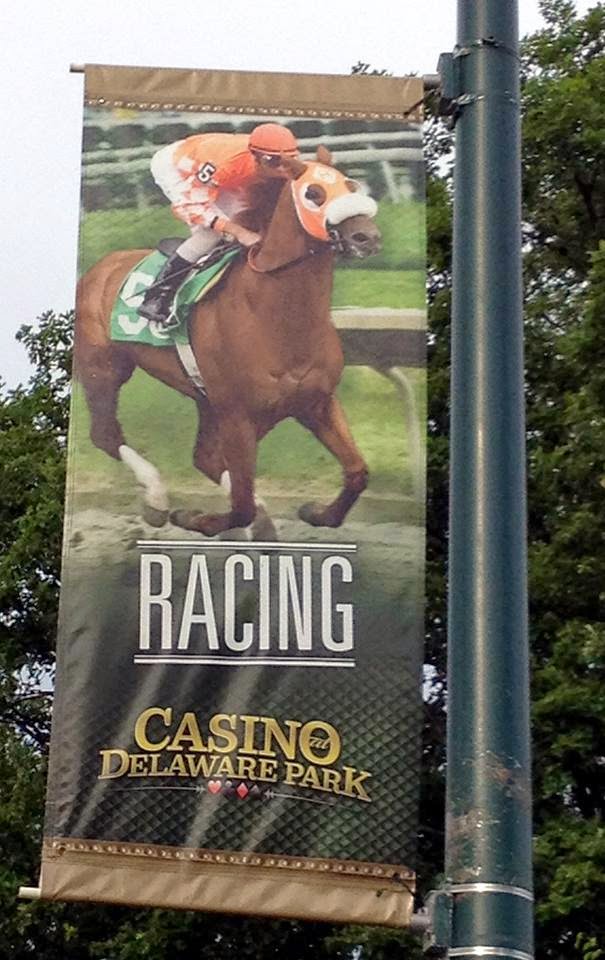 He even won some races!  (not many)

After his retirement, his nice owner took him home to the breeding facility where he lived in a really big field and played with the other retirees and yearlings.

In the fall of 2011, I was looking for a horse to part lease.  I have been riding since I was 12 but had only owned one horse, which ended in heartbreak when he tore his deep digital flexor tendon.  He recovered enough for flat work and since he was such a nice boy, I was able to semi-retire him to a pleasure home.  I swore to only lease horses after that, a promise that lasted about 8 years and through a cross country move.
I had just ended a lease and was coming up empty on part leases.  So I decided to adopt an ex-racehorse because...um, insert rational thought process here.  I think mostly it was because I spent my youth on OTTBs and was training with a person with a real passion for ex-racers at the time, who promised to help us out.  We figured the worse case scenario was we trained him up and re-sold him.  Off we went and after a frustrating few months, I gave up on CO and widened my search.

I found Fawkes, still going by Admiral at the time, through CANTER.  He was 7, getting close to 8, and enjoying his retired life. 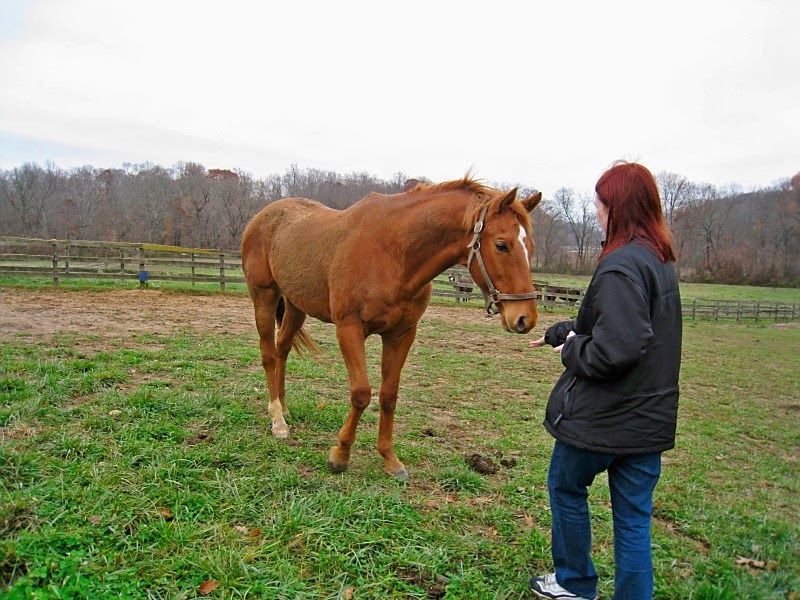 He seemed quite sweet, met my criteria of under 16 hands tall, and let me handle him all over in his field.  There wasn't even a lead rope around so we couldn't do much else as an evaluation.  Given his age, size, and cribbing habit, his other prospects were non-existent so I bit the bullet and shipped him to CO.

I named him Fawkes after the lightning bolt shaped mark on his forehead, reminiscent of Harry Potter's scar.  I figured a bright chestnut could use a phoenix name.  We came a long way in 3.5 years of actual blood, sweat, and tears.  He is athletic, spooky, and kind of a complicated animal.  He would occasionally pack a total beginner around walk/trot, but then have a total meltdown cantering an 18' vertical. 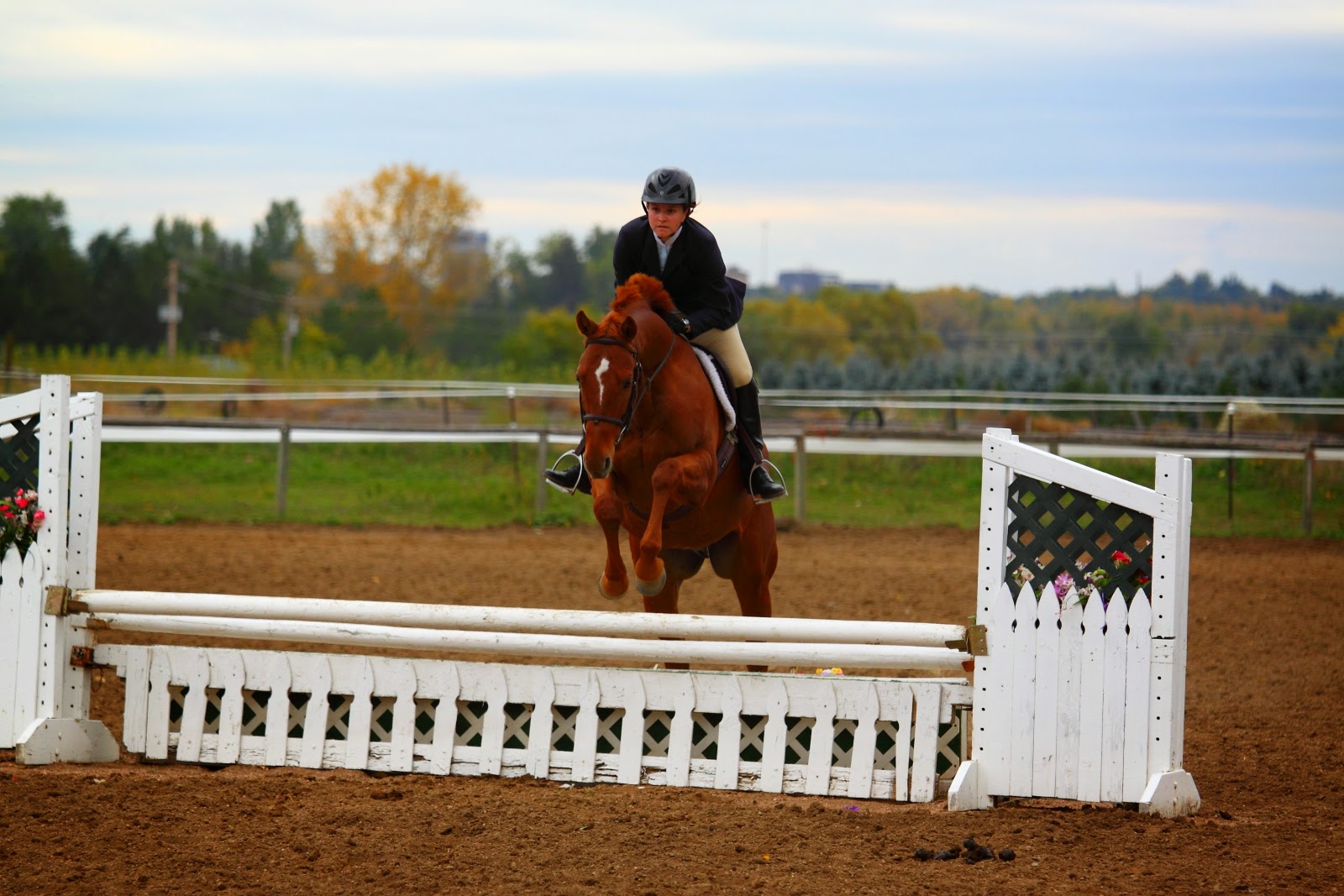 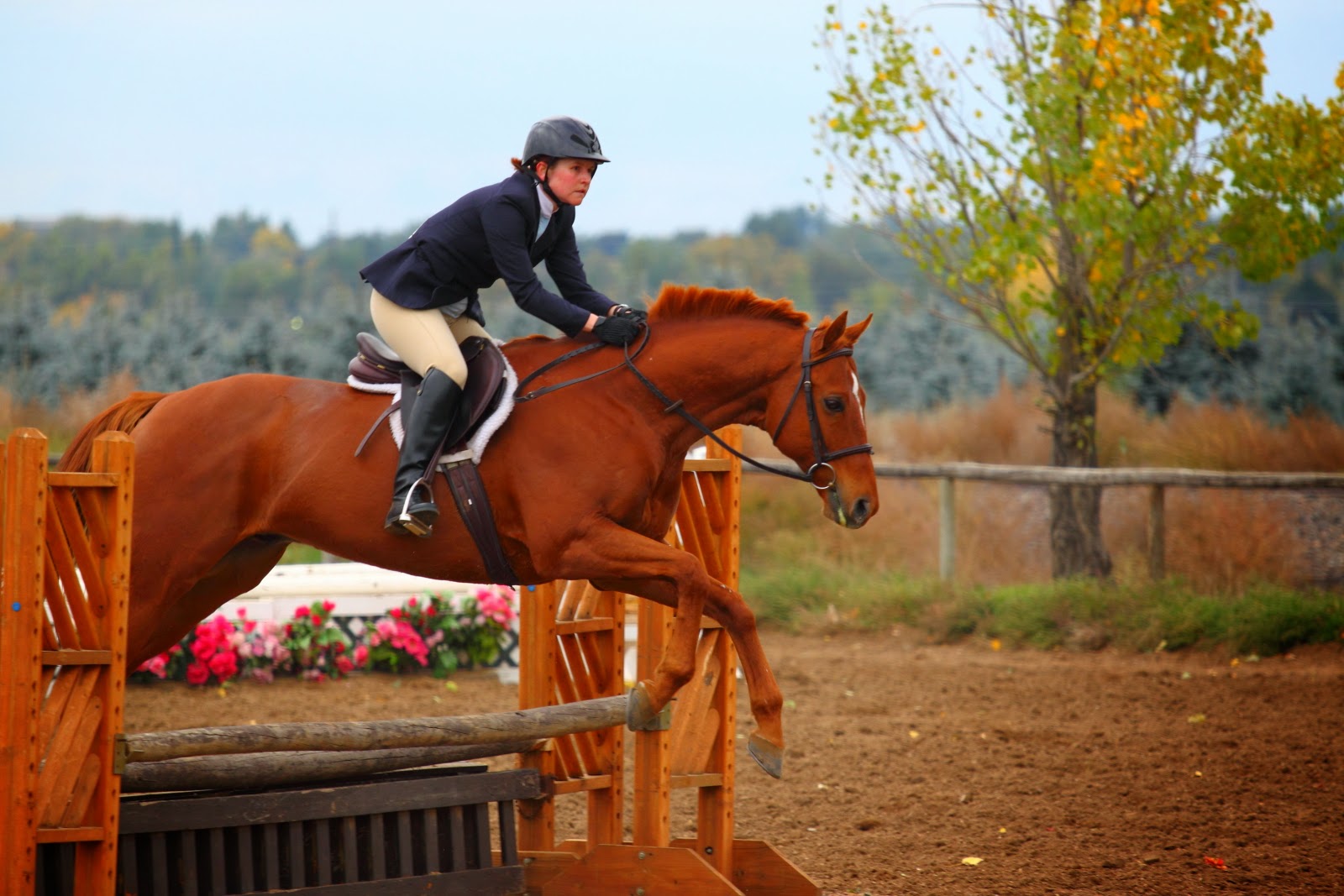 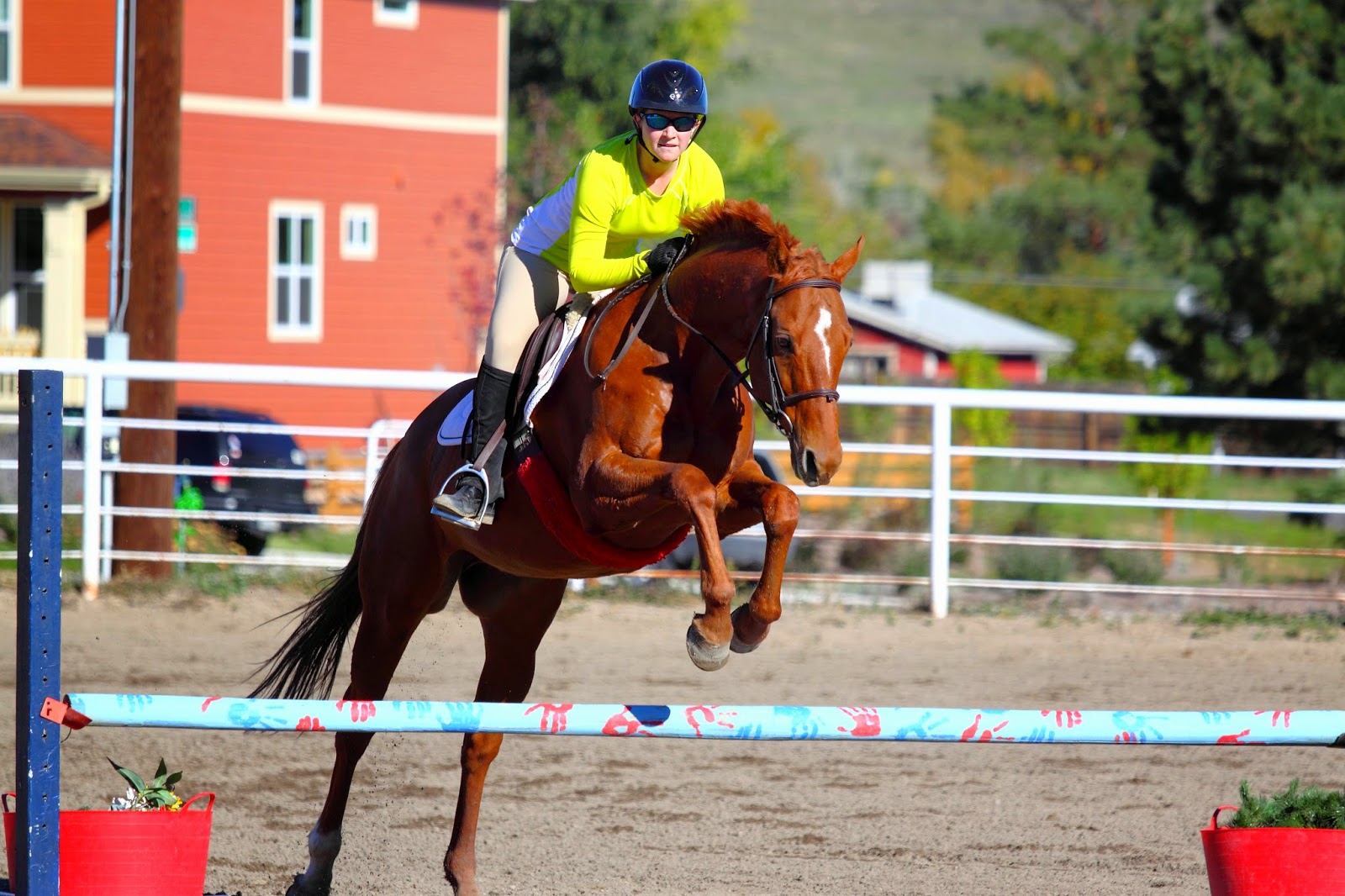 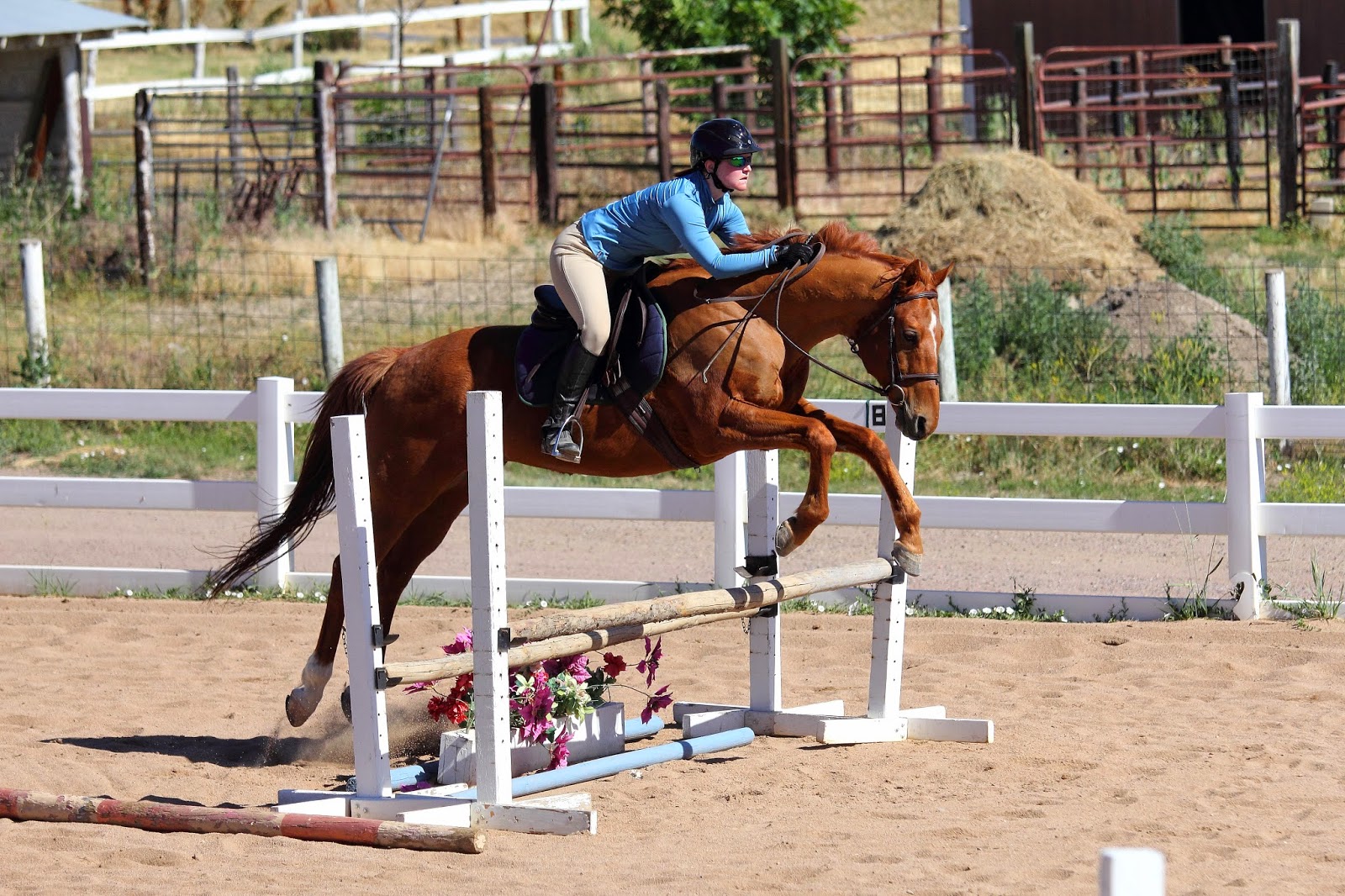 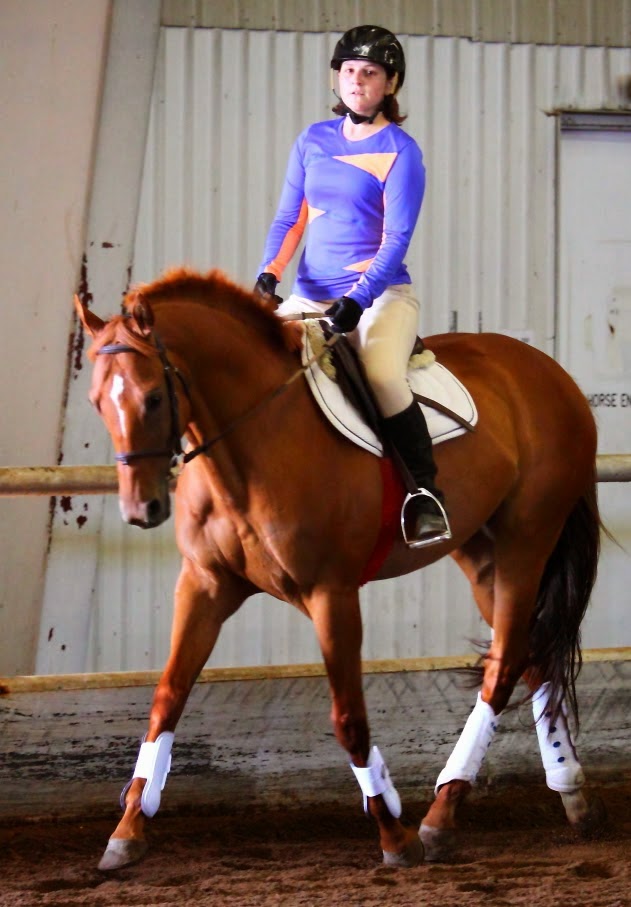 In May 2015, I found him a new home with a young professional.  He gets to live in a huge field again, which I think is part of what his brain requires.  So far, she loves him and everything is going well.