Keep on keeping on

Hasn't been much going on to share lately.  I was out of town on a girl's trip which was a nice break. We spent a few days mountain biking and hanging out and I was able to sneak in a visit to my dad before coming back.

Then right after I got back it was spring shots and sensitive red heads get a couple days off after that.  Nothing dramatic happened this time anyways, no swelling, fever, or other miscellaneous reactions.  Woohoo!

Trainer report has been much the same.  Fawkes continues to improve and become a perfect citizen, except when he isn't.  I rode him Friday and today, and he was excellent both times with small exceptions.  Today he "refused" a pole on the ground because it looked at him funny or something.  But all the rest of the poles he marched over in stride.

His trot is definitely become a thing of beauty.  With basically no effort on the rider's part, he drops down into his hunter frame and marches along in perfect rhythm.  He swings his back and has gotten much more comfortable to ride.  He used to fling his head up if you pulled him off the rail and while that isn't perfect yet, he is now staying much more consistent through circles and across the diagonal.

Canter is also coming along although transitions are still about 50/50.  So we have had some nice rides, but nothing super exciting.  Trainer R is planning on asking one of the other boarders to jump him some more in preparation for selling.  I haven't met her but she is a very talented rider so it can only help Fawkes to get some over fences miles with her.

No real action on the horse selling front and I don't expect it to happen quickly.  Haven't really considered what will happen after the fact - thinking I will lease for awhile and then reassess.  My finances could really use a break from horse ownership.
Posted by MostlyHarmless at 2:40 PM No comments:

When you're on, I swear you're on. You rip my heart right out.

Haven't felt an awful lot like blogging when I have not been in a great space mentally.  When most of the words that come to my mind are obscenities, or worse, whiny, I don't feel like sharing my thoughts is value added.

However, in the vein of a general update: I did go ahead and post a sales ad for Fawkes as well as a giveaway ad on the COTH forums.  I have been contacted by a couple interested parties.  It is very early stages in the process so I am not sure if it will go anywhere, but at least I put it out there.  I still have very mixed feelings on the issue, but sadly the main feeling I got after someone contacted me was relief.  So I guess that is kind of telling. 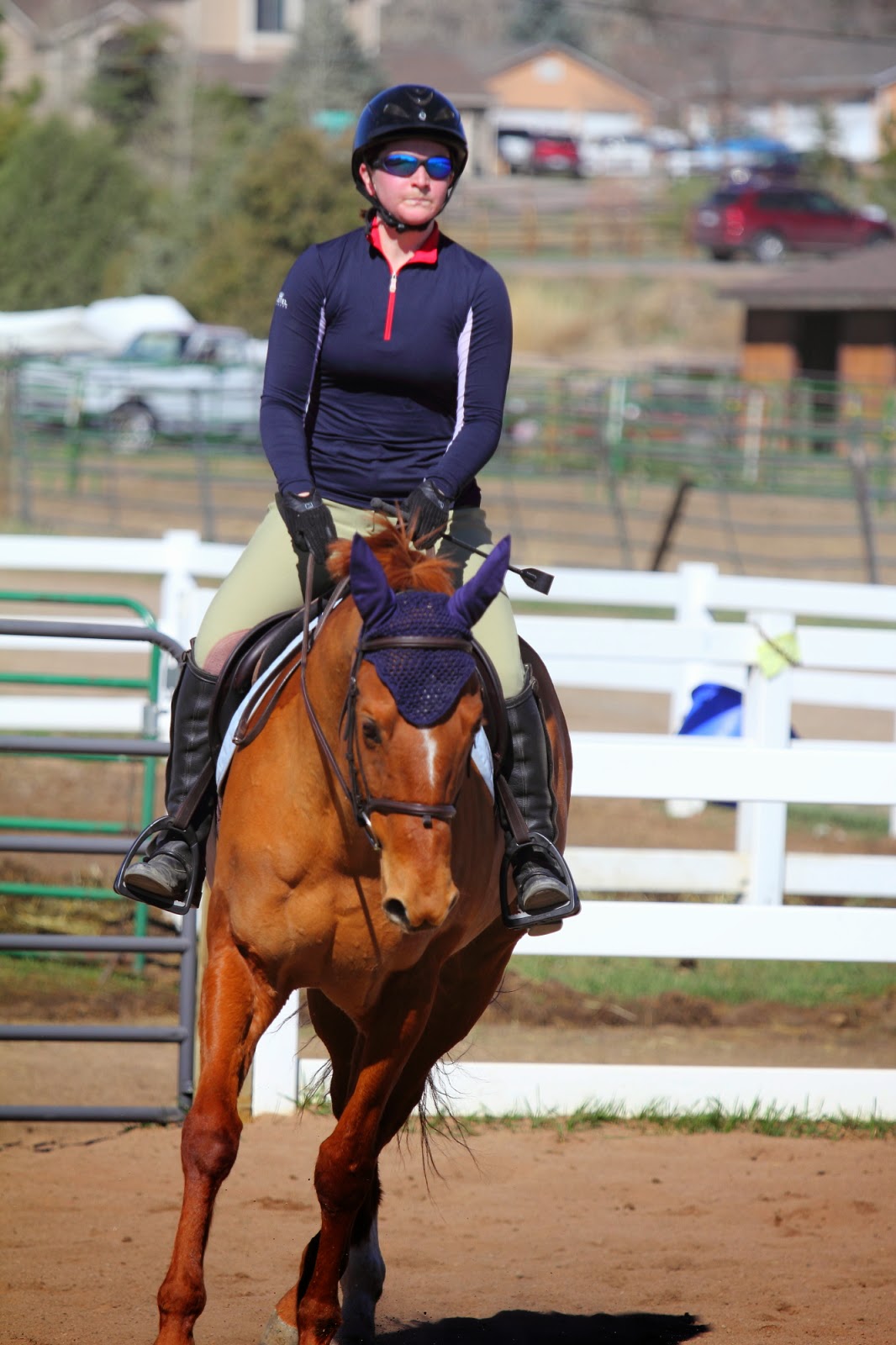 Rides have been going pretty much the same, consistently inconsistent.  On Friday we had to ride in the indoor and he was being spooky and obnoxious.  My trainer was there, about to head out, and was considering having to get on him.  He wouldn't go into the one corner.  He wasn't going full Fawkes spook style but he would fling his head up and slam on the brakes from the trot.  He spent a solid 20 minutes like that before cooperating some.

Then on Saturday he was a complete angel.  Had a jumping lesson and he was calm, quiet, relaxed and perfect.  I even completely had brain death on one jump and collapsed on his neck.  With Fawkes this is usually a really quick trip to a refusal and one way ticket to the dirt.  For some unknown reason he saved my ass and jumped while rebalancing me. 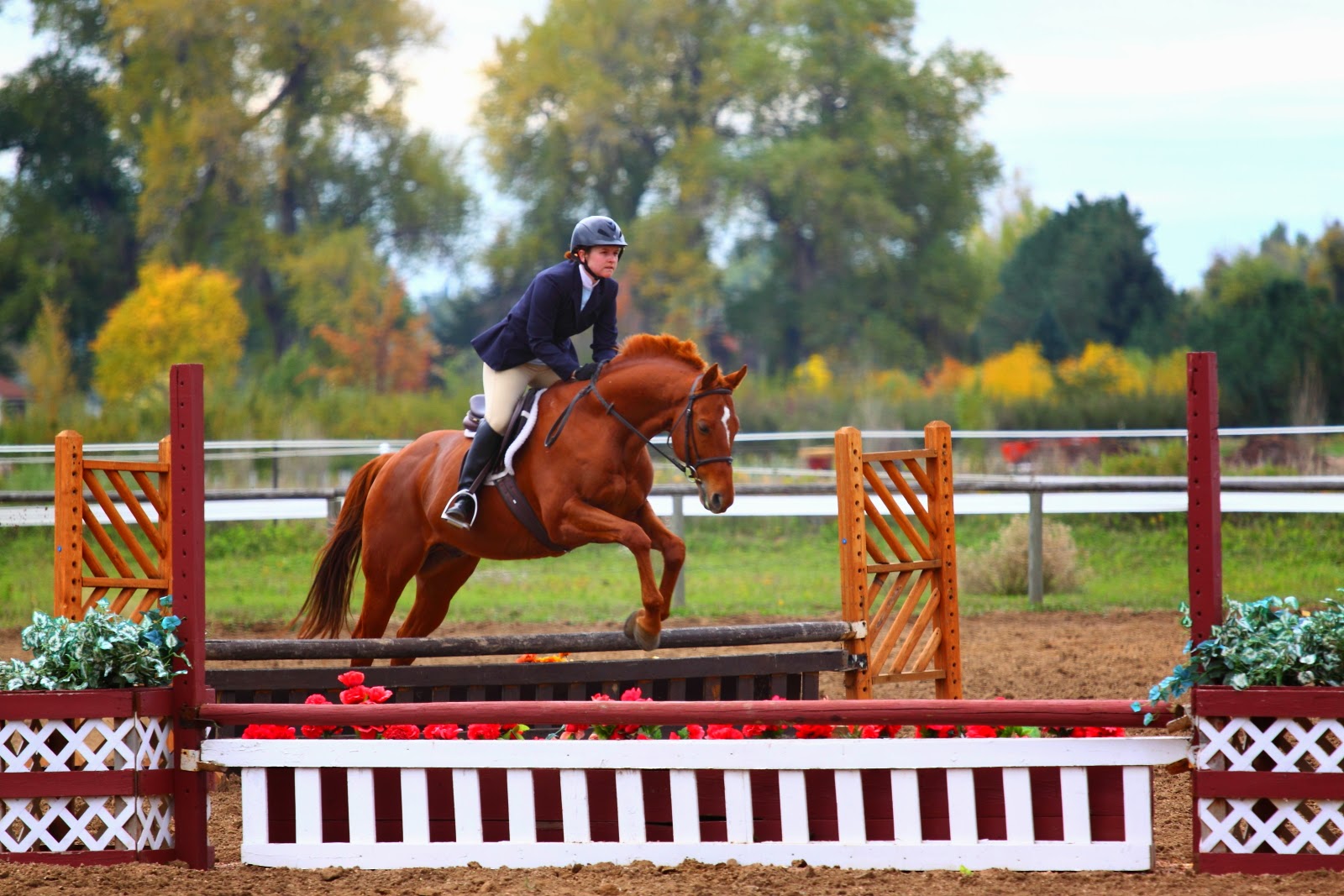 So mystery horse stays mysterious.  He has been on the magnesium about 2 weeks now.  The last time the chiro vet came he said Fawkes was great and we can start going 8 weeks between sessions, so I am confident his back is good.   At least we are eliminating things and I will know I have tried everything I can.

The worst part of this rut is being demotivated to ride.  It is stunning perfect spring weather out and I don't want to hit the trails.  Of course it is CO so it will also snow at some point this week, but the idea remains.  I need to re-find my riding mojo!
Posted by MostlyHarmless at 6:47 PM 6 comments:

He was otherwise pretty good this weekend, although he has regressed some to sucking back before a jump or pole.  Not every time and I am not sure the best way to handle it.  My trainer just wants me to put leg on but even when I use all the calf I can, I still feel him slowing down and losing rhythm.  I have been forbidden to kick or sit down and drive (yeah, I have a few bad habits) so I have been clucking but my trainer doesn't want me to do that either.  So maybe I am supposed to let him suck back some?  Or maybe it is all in my head.  Honestly, I haven't prioritized resolving that issue.  And usually by the second or third time over he maintains rhythm so as long as he is going over, I let it go.

In general, I think we are both just kind of irritated with each other.  He loves his trainer rides and goes really well for them and I am like, fine, live with the trainers then.  Which has pushed me to the decision to at least post a sales ad for him.  I wasn't planning on selling him and there is probably a large chance he isn't going anywhere but.....he and I are clearly not a match made in heaven.  And he goes much more happily for the trainers.

So maybe, just maybe, there is a person out there that he would do better for.  I doubt there are many pros looking for an <16 hand, spooky gelding, but there could be a talented, ballsy rider with a tiny budget that would do well with him and it can't hurt to put the ad up and see if anyone comes along.  I would happily give him away to the right situation, if that existed.

In the meantime, we will just keep on keeping on.
Posted by MostlyHarmless at 7:28 AM 3 comments: